By OCE we mean a family of fibre optic links for extension of CAN and VAN buses.

The CAN (Controller Area Network) is a bidirectional data stream standardized by ISO specifications.

It is already popular nowadays with the automotive community as it represents the typical connection between on board controllers that exchange data. The need for passing data to and from microprocessor based units on vehicles is growing rapidly and the CAN will get even more popular in the future.

The usage of the bus is also expanding to other application areas requiring relatively high bit rates at a cheap price like industrial automation, intelligent home, etc...

Different speeds are accounted for by different standards.

The reasons for utilizing a CAN bus optical extender in an EMC hostile environment are more than one:

For the above and other possible cases the solution is the extension of the CAN bus by means of the OCE.

The VAN standard is covered by ISO specification 11519 part 3.

The ISO compliant TESEO product is OBE519VAN. Again the differences are confined to the transceivers.

The reasons for utilizing a VAN optical extender are the same as those explained above for CAN.

Each extender consists of:

The connections of the OBE’s to the electrical bus are a customer’s responsibility.

The use of short twisted shielded wires is recommended. 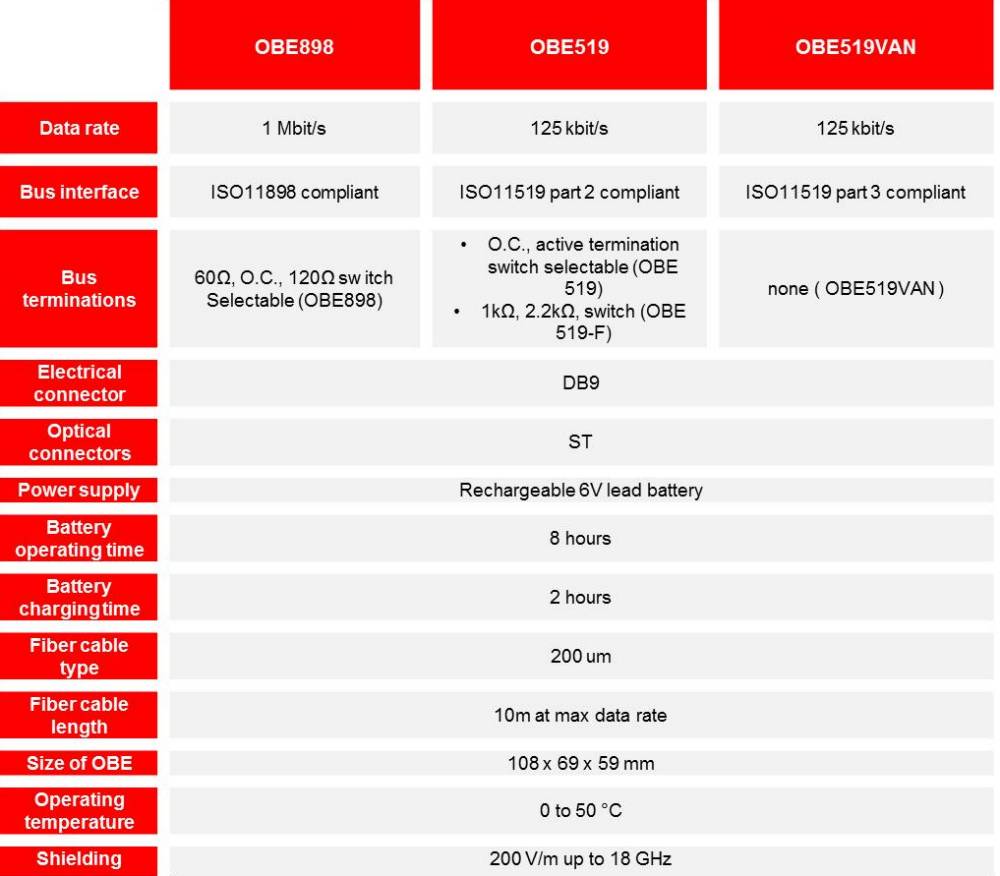 LIN is an acronym for Local Interconnect network that is a low cost, low speed, serial communication bus for distributed electronic systems on board a vehicle. It is a sort of complement to other buses like CAN that are used for faster or more demanding applications. It is a one-wire bus and typically it connects in a very cost effective way smart sensors and actuators where bandwidth and versatility of CAN connections are not necessary.

The need for a fibre optic extension of LIN may arise mainly for the performance of immunity tests in an anechoic chamber.

In such case the EUT attached to LIN network must be radiated by a transmitting antenna while the LIN analyser or any other component appended to the LIN (Auxiliary Test equipment) is placed outside of the radiated zone, normally in the control room. The decoupling between EUT and Auxiliary Test Equipment is easily achieved by means of a fibre optic cable inserted between two transceivers that transform the electrical signal into an optic signal and vice versa. As EMC automotive tests require high field levels, at least the transceiver placed in the chamber close to the EUT must be RF shielded.

An extender consists of: 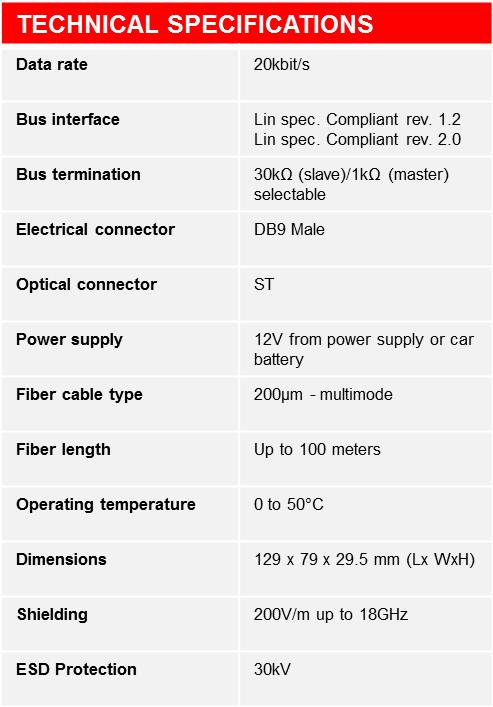 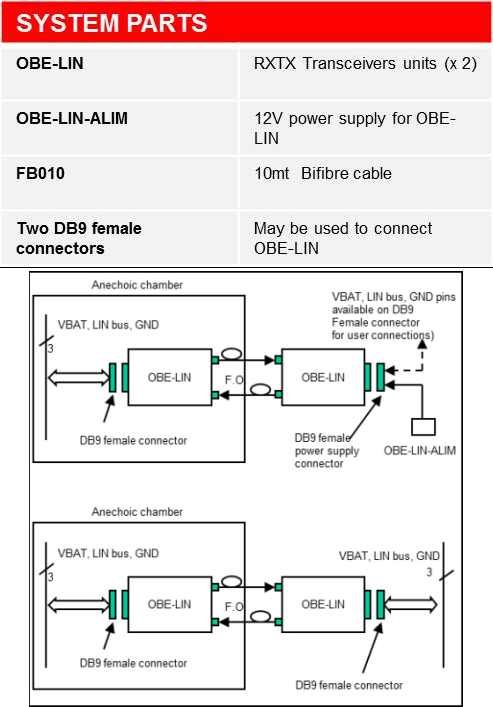